Twenty-eight-year-old Atypical star, Keir Gilchrist has my full attention right now. I came across Gilchrist through Netflix’s show Atypical, a series about a high functioning teen on the autism spectrum who is trying (like any other normal teenager) to navigate the ins and outs of life. This series follows Sam and his family that includes a younger sister who is in the throws of adolescence and sexuality, and a set of parents who are trying to mend their marriage after one of them has an affair. Atypical is funny, dramatic, emotional and entertaining.

Gilchrist, who plays Sam is so believable that I was under the impression that he was on the spectrum himself. Turns out, he’s not, which speaks to his talent all the more. In an interview with Last Magazine, which asked if he sees himself as a method actor, he disagrees and explains:

“There’s a part of me that is definitely a lot like Sam. I really have to work to bring that part of me out, but when you do it for twelve, fourteen hours and then you go home, it’s hard to switch if off, he says. My girlfriend will tell you. [To me,] she’ll be like, ‘You’re being very Sam-like today.'”

Gilchrist has starred in a bunch of movies and says he would love to do a period piece at some point. Here is more on that from Last Magazine:

“I want to ideally look back and say [to myself], ‘Yeah, you did all different genres and you did them well,’” he explains. “Some of my favorite actors, that’s what they do. They can pull off anything.” He fantasizes about trying his hand at a period piece, suggesting a Western—or perhaps, one day, quitting acting altogether and heading back to tilling soil on an organic farm.

“There’s a lot of desperation [in acting],” he says. “People say, ‘If I didn’t do this, I’d die,’ but I think that’s so depressing to say that there’s nothing else in life that would satisfy you. I could start a farm and live another lifestyle and that would be extremely satisfying. I think that’s so liberating.”

When he’s not acting, Gilchrist sings lead vocals for a grindcore band, which essentially is an extreme fusion genre of heavy metal and hardcore punk that originated in the mid-1980s. If you follow him on social media you’ll find him often wearing black, a perfect accent to his dark serious gaze that would be wonderfully photographed for brand Yves Saint Laurent, which photographs and features actors like Rami Malek, Keanu Reeves, and Caleb Landry Jones. 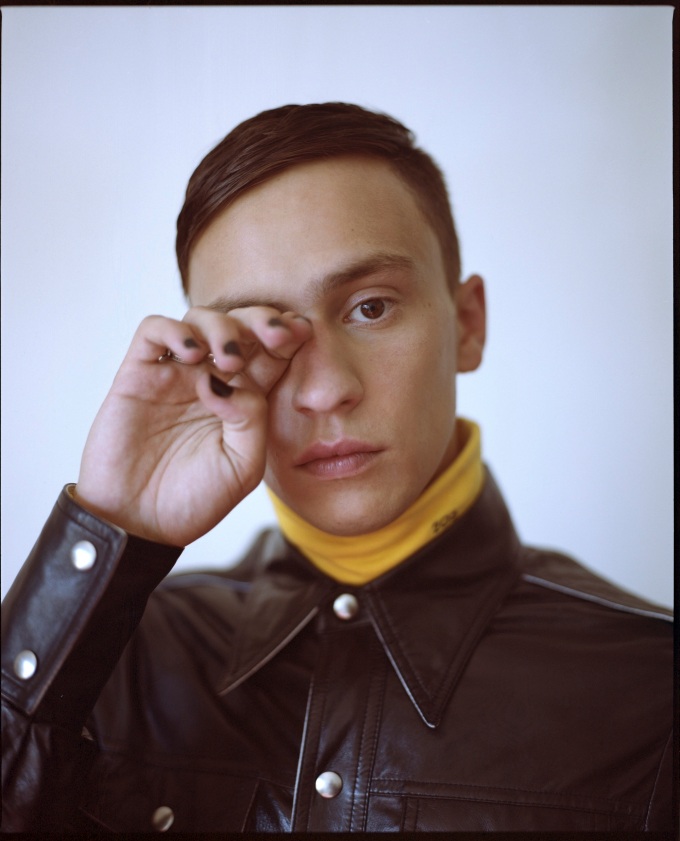 Check out his Last Magazine interview to hear more about him and his time spent working on an organic farm along with some excellent fashion photography: https://thelast-magazine.com/keir-gilchrist-profile-atypical-actor/